Guesthouse
Piazza Vittorio Emanuele II - 55 Rome (Metropolitan City of Rome) ITALY
Wishes
Gardener
I would like to make a small paved garden more pleasant where my guests can spend a few hours in complete relaxation
Painter
I would like to embellish, with a beautiful image of Rome, a bare wall of a room that has a very small window
Electrician
I need to bring a light point in the outdoor paved garden
Web designer
I would like to have a nice website indexed for good
Photographer
Professional photos of the structure and a nice video
Description
We are in an apartment on the first floor of a nineteenth-century palace in Piazza Vittorio Emanuele, known in Rome, such as Piazza Vittorio, just above the metro line A (orange train) Vittorio Emanuele, one stop metro from Termini train station crossroads to / from Fiumicino and Ciampino airports, within walking distance in 10 minutes. Leaving the main door we right, five hundred meters of the Basilica of Santa Maria Maggiore, one of the four papal basilicas in Rome and the other two metro stops, the Basilica of St. John Lateran with the Scala Santa, too ' it Basilica Papale, 15 minutes on foot. The Colosseum is easily reached on foot in 20 minutes at most, passing the Teatro Brancaccio and the Domus Area, or taking the metro line A to Termini and then the B line (blue trains) for two stops Cavour and Colosseum precisely. Tickets integrated in time, BIT, can be purchased directly at the station at the vending machine at a cost of 1. 50 Euros and apply 100 minutes, for one ride on the metro, but allow in 100 minutes of use both the bus tram, children under 10 stay free when accompanied by a paying adult once you get to the Palatine, you're in the ancient heart of Rome, from here you can reach the most famous monuments in the world: Circus Maximus, the Mouth of Truth, arch of Constantine, the Roman Forum, Temple of Vesta, Teatro Marcello, the San Pietro in Vincoli on the other side, centurions and gladiators will ask you to take a picture, you will feel the protagonists of another time, savor the ancient times and in the meantime you have reached the Capitol and then the main oldest public museum in the world: the Capitoline Museums, which is located just behind the Piazza Venezia and the National Shrine. From here you will have to choose whether to go for a brunch in Campo de 'Fiori, famous not only for being the only historic square in Rome where there is not a church, but for its night life that attracts hundreds of young people from around the world or continue on to Piazza Navona and the Cloister of Bramante.

• Arriving at the Cloister, if you cross the Tiber treat yourself to the magnificence of Castel Sant'Angelo or without crossing to the other side will reach the Pantheon and finally to House. The advice is to book a visit to the beautiful Galleria Doria Pamphili with its splendid Renaissance arcades, before you get to throw a coin in the hope of being able to return to these magnificent places, the famous Trevi Fountain. Continuing the tour, you could take Via del Tritone reaching the metro station line A Barberini which is a few minutes from the Quirinale Palace and its beautiful gardens and stables that should be visited at least once in their life (by reservation). The Barberini metro station is three stops from A Casa di Mei, so if it's late you can go home or choose to continue the tour because the next stop is the Spanish Steps. Trinita dei Monti, the Barcaccia, Via ducts, Borgognona, Via del Corso.. shopping streets are waiting for you and if you have small children you can not take them to their favorite museum, the first McDonald's opened in Italy dated 1986..an institution for us Romans! After a good burger you go the other way, towards Piazza del Popolo, where, once there, going up a little bit is the Villa Borghese, one of the largest urban parks in Europe in which is housed the former Biopark zoo, known all in Rome as a "zoo" in which in recent years have been faithfully recreated the natural habitat of each species and is still a destination for thousands of school children. From the Pincio instead you can enjoy the view of a magnificent sunset over the Eternal City and closely observe one of the last specimens of Idrocronometri, a clock that uses water as an energy source to activate the mechanism that marks the time.
Features 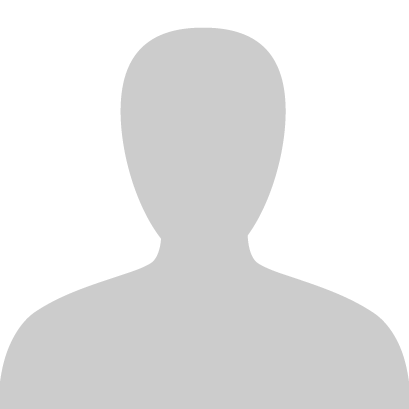